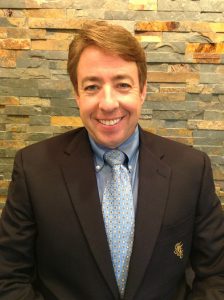 Dr. Todd MacDowall is originally from Fishkill in central New York State. After graduating from John Jay High School in Fishkill, he completed his pre-med undergraduate studies at Liberty University where he met his wife Audrey. They were married in 1990.

As a child, Dr. MacDowall experienced some health problems and after having no results with medical treatments, he began seeing a chiropractor, Dr. Proulx. The results were amazing. Since then Dr. MacDowall has used Chiropractic Care for all of his general health problems. He learned at a young age that he wanted to help people with his hands, the same way that he was helped.

Dr. MacDowall’s favorite part of being a Chiropractic physician is the opportunity to practice true Health Care- helping people to heal quickly and naturally. He especially likes working with children and babies. He believes that normal organ function, which is controlled by the nervous system, along with good nutrition and exercise, can enable a person to be healthy at 100 years old!

Dr. MacDowall recently earned his Pilot’s license and enjoys flying small aircraft in his spare time. He also enjoys spending time with his wife and children and is actively involved with his local church here in Lynchburg. 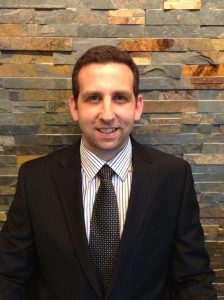 Dr. Larry Bell is originally from Franklin, a small rural town in North West Pennsylvania. After graduating from Christian Life Academy in Seneca, Pennsylvania, he completed his pre-med undergraduate studies at Liberty University in Lynchburg, Virginia. He then continued his education at Palmer Chiropractic College in Davenport, Iowa where he earned his Doctor of Chiropractic degree and a Bachelor of Science degree in 2004. While there, he met his wife, Alexandria, and they were married on November 22, 2003. The Bells currently live in Lynchburg, Virginia and have three children: Josiah, Seth, and Ella.

As a young child, Dr. Bell began seeing Dr. Tom Hays, his older sister’s husband, who was a Chiropractor. Although Dr. Bell was healthy as a child, he feels Dr. Hays’ Chiropractic adjustments over the years contributed to his overall good health and well-being. Since then, Dr. Bell has used Chiropractic care for all of his sports injuries and general health problems and attributes his desire to become a Doctor of Chiropractic to the excellent hands-on care he received from Dr. Hays.

One of Dr. Bell’s favorite things about being a Chiropractor is seeing people’s lives change through their body’s own healing process. He also enjoys discussing the benefits of nutrition and exercise with his patients.

Dr. Bell enjoys many indoor and outdoor activities with his wife and children, and looks forward to taking his boys’ hunting with him, when they are old enough. He also enjoys playing basketball and is very involved with his local church family. 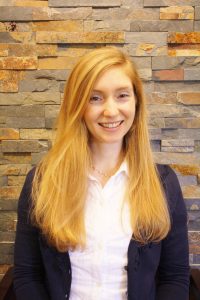 Dr. Ariel Troxel grew up in Lynchburg, VA. After graduating from Lynchburg Christian Academy, she completed her pre-med undergraduate studies in Clinical Health with a Bachelor of Science at Liberty University in 2006 and a Master’s degree in Education in 2008. She then continued her education at Palmer Chiropractic College Florida in Port Orange, FL. She earned her Doctor of Chiropractic degree in 2014. She is currently pursuing further certification and diplomat status, specializing in pregnancy, pediatrics and family wellness, through the International Chiropractic Pediatric Association.

As a high school student, Dr. Troxel started seeing Dr. MacDowall due to injuries sustained from sports and marching in the drumline. The chiropractic care that she received not only resolved the issues from her injuries, but gave her better immune function and improved quality of life.

Dr. Troxel worked at Light Chiropractic as a Chiropractic Assistant before pursuing her chiropractic degree. Through her personal experience with chiropractic and the privilege of seeing numerous lives helped, she knew that she wanted to be a part of restoring health naturally. She loves to work with children and babies, pregnant moms and families, providing natural care to the whole body through the nervous system, and nutrition and exercise.

Dr. Troxel enjoys many indoor and outdoor activities with family and friends, including kayaking, playing the harp and making creative and nutritious food. She is actively involved in her local church.